"David Cox’s innovative engagement with moving image technology extends over numerous iterations, spanning analogue formats 16mm, 35mm and Super 8 to a creative engagement with gaming to 360 degree immersive production and performance. These technological migrations are also reflected in his global mobility between the UK, USA and Australia. Two of his critical works produced in Melbourne, Australia were Puppenhead (1990) and Otherzone (1998).

These short films process the historic aesthetics of constructivism and predict the graphic styles of digital aesthetics. Puppenhead is described online as “A brilliantly realised nightmare in striking German expressionist style that combines robotic figures worthy of Terminator with a story about a puppet-maker in Berlin in 1934”. While Otherzone is described as “A cyber-punk thriller combining live action and 3D animation, set in Melbourne, Australia in the future”. This interview was conducted online from Cox’s lock-down Californian family home in San Francisco."

Read the entire story on Senses of Cinema. 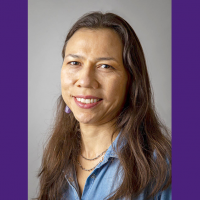